Really satisfied with the results so far! yall did a great job.

The only sound that i think was decent was the elegy and the turbo flutter, the rest sounds like they were made in 1999, or sound like toys.

As people has mentioned before, some people can change during time, be more immature and grow up. And as i usually tell myself that if you want to be treated well, treat the person the same as you want to be treaten. I certainly hope he atleast gets a reduced ban time. Hopefully mods and admins can think over this.

I said that too "The only thing that can fuck up your progress is being away."
But you can even ask somebody to do your diamond hunt while you're away.

Isn't that like against the rules though?, and maybe you don't have any friends that you can trust with your account?

So i don't know if anyone has covered this before about the Eddie's vinyl being a little bit buggy, i didn't know if i wanted to make this post or not but somebody has to take care of it. Kind of shame since i wanted to make a nice replica of Eddie's skyline but this just ruined it. It looked like the right side (the messed up one) has bigger size and the text looks like its mirrored/backwards. I tried it on both my Sentinel and Cadrona and they both had the same issues with the vinyl, could anyone fix this? would be greatly appreciated but if you can't just let me know.

Right side of the Vinyl, The messed up'd one: 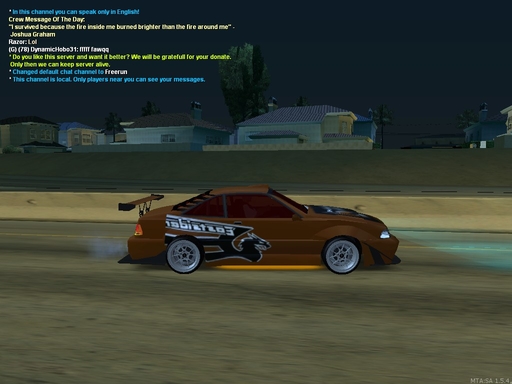 Left side (The correct one): 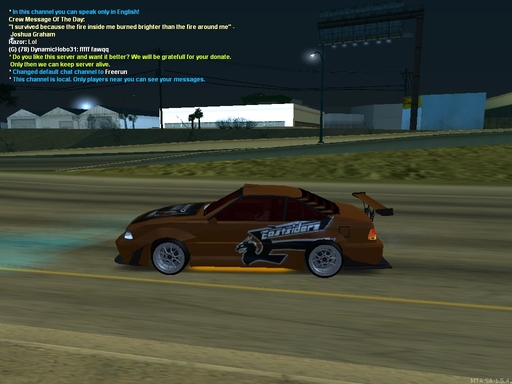 This is what it's supposed to look like: (Picked the NFS 2015 version because it looks better, some is incorrect but you get my point)

Hey sup guys i'm pretty new on this mod and i think its neat so far. Have 40k rp and 3 cars, Manana, Futo and a Cadrona. (currently) and i have been earning some new friends and i think it's really fun. My name is Lucas, 16 years old and live in Sweden, Norrtalje. I have the highest grade in english in my school, but unfortunately i'm quitting school because i'm ending 9th grade (in swedish schools we only have 9 grades) and starting college soon. Don't know too many on this mod so i would greatly be your friend.
No i don't speak polish but i want to. Have fun and i hope i see you in-game.
- Exile