(29-03-2022, 14:33)Kubik25 Wrote: It makes no sense to do NFS SA 3.0 because people have already eaten it and everyone does not give a shit what the administration is doing and the game is up to 20 players, i.e. on an ordinary pseudo-game on the Polish mta scene.

The game can be revived with some TLC and advertisements/shoutouts by content creators after the update has been made. I have been playing since March 2018 and have always believed the game had potential. It has just stagnated right now and needs help to get back on track.

I put some different barriers. 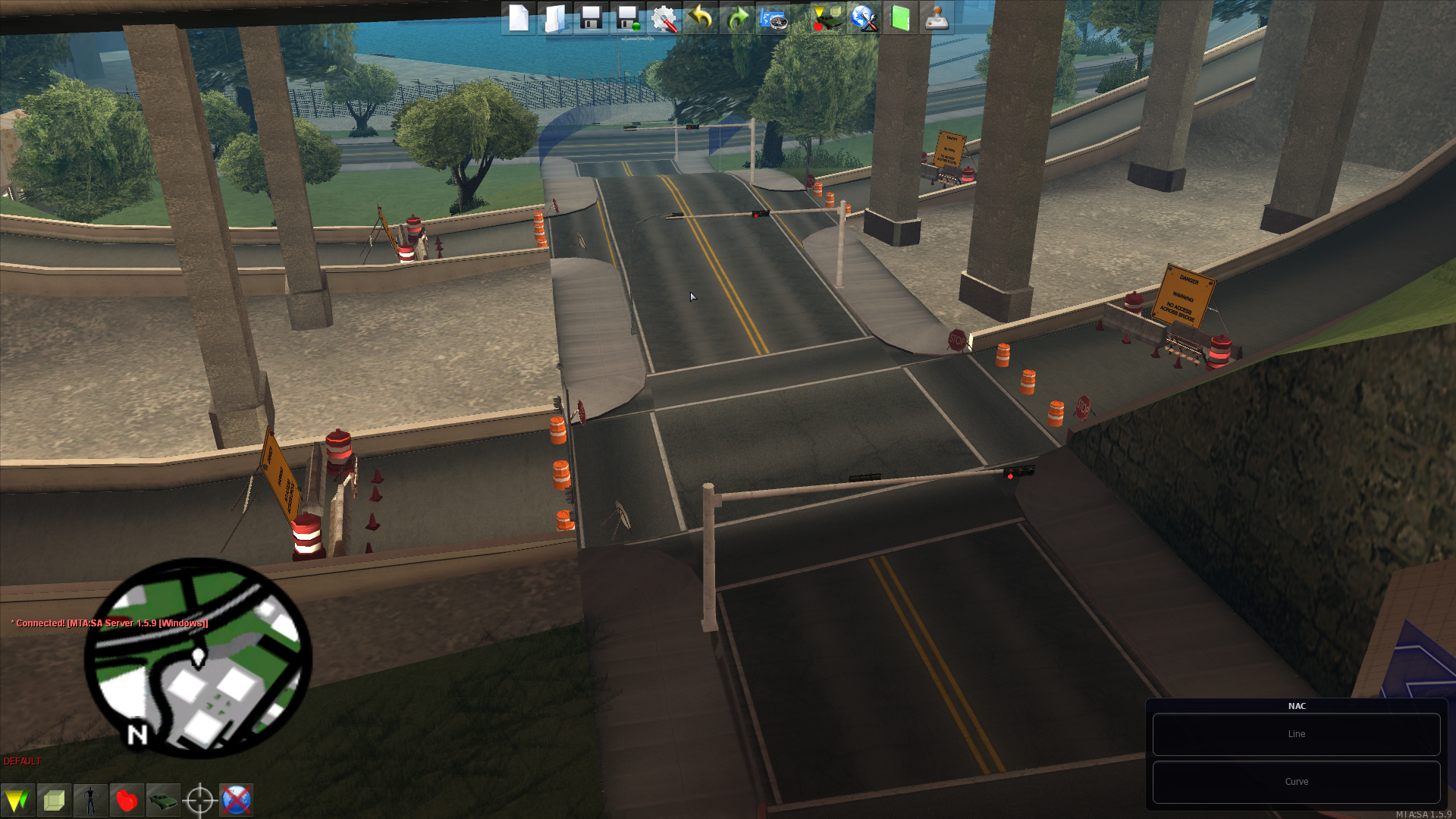 (30-01-2022, 09:39)kayra999 Wrote: Decorations are good enough but cant say the same for arrow walls.I think you need to understand what how arrow walls are supposed to do.They need to start from some place to another end and it should close the other ways possible.
1.36 like this that left wall is literally half made
1.18 left is done now right wall is not finished
like these

1.36 like this that left wall is literally half made: Arrow wall goes along the entire side now. 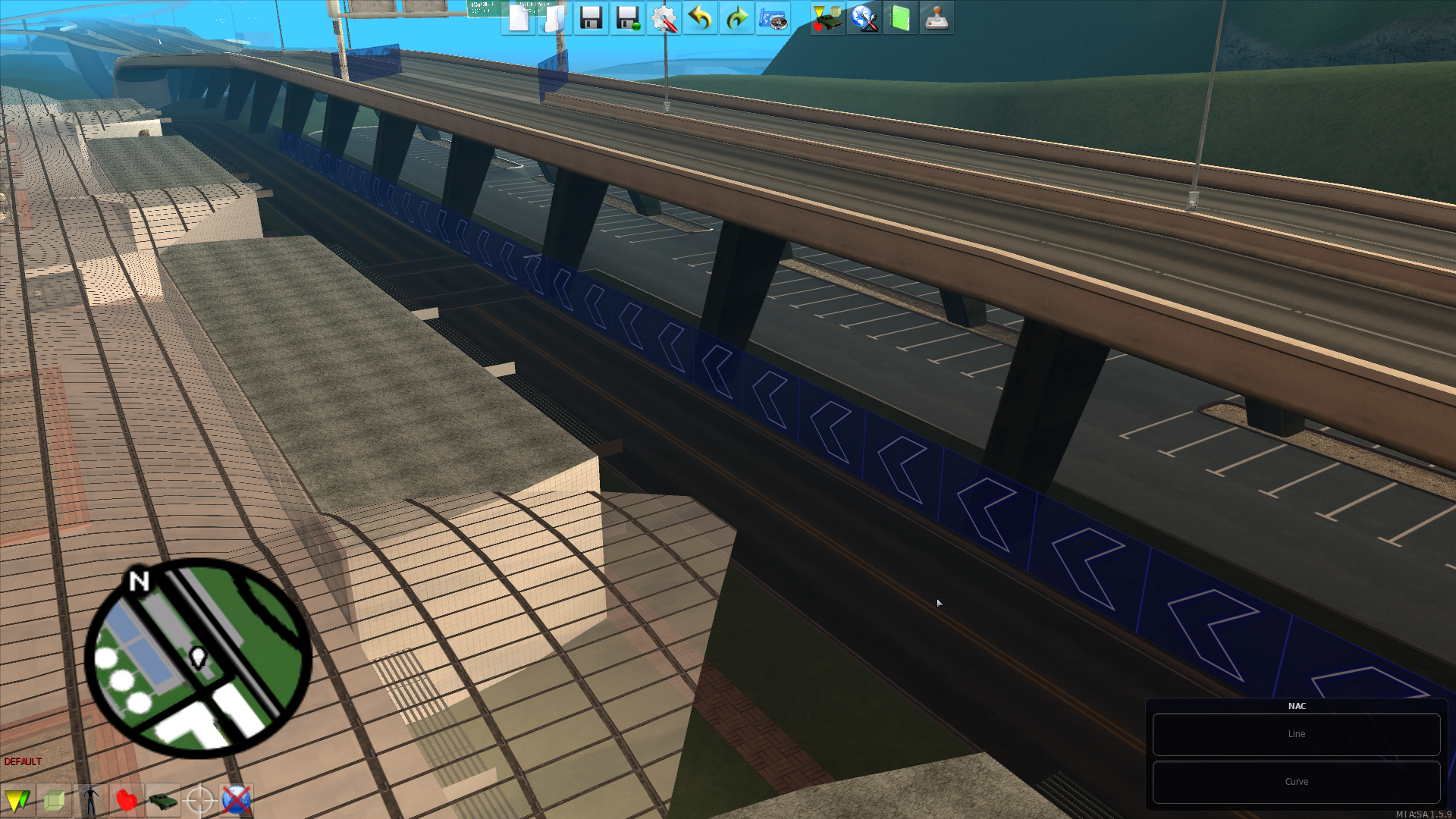 1.18 left is done now right wall is not finished: I fixed it. 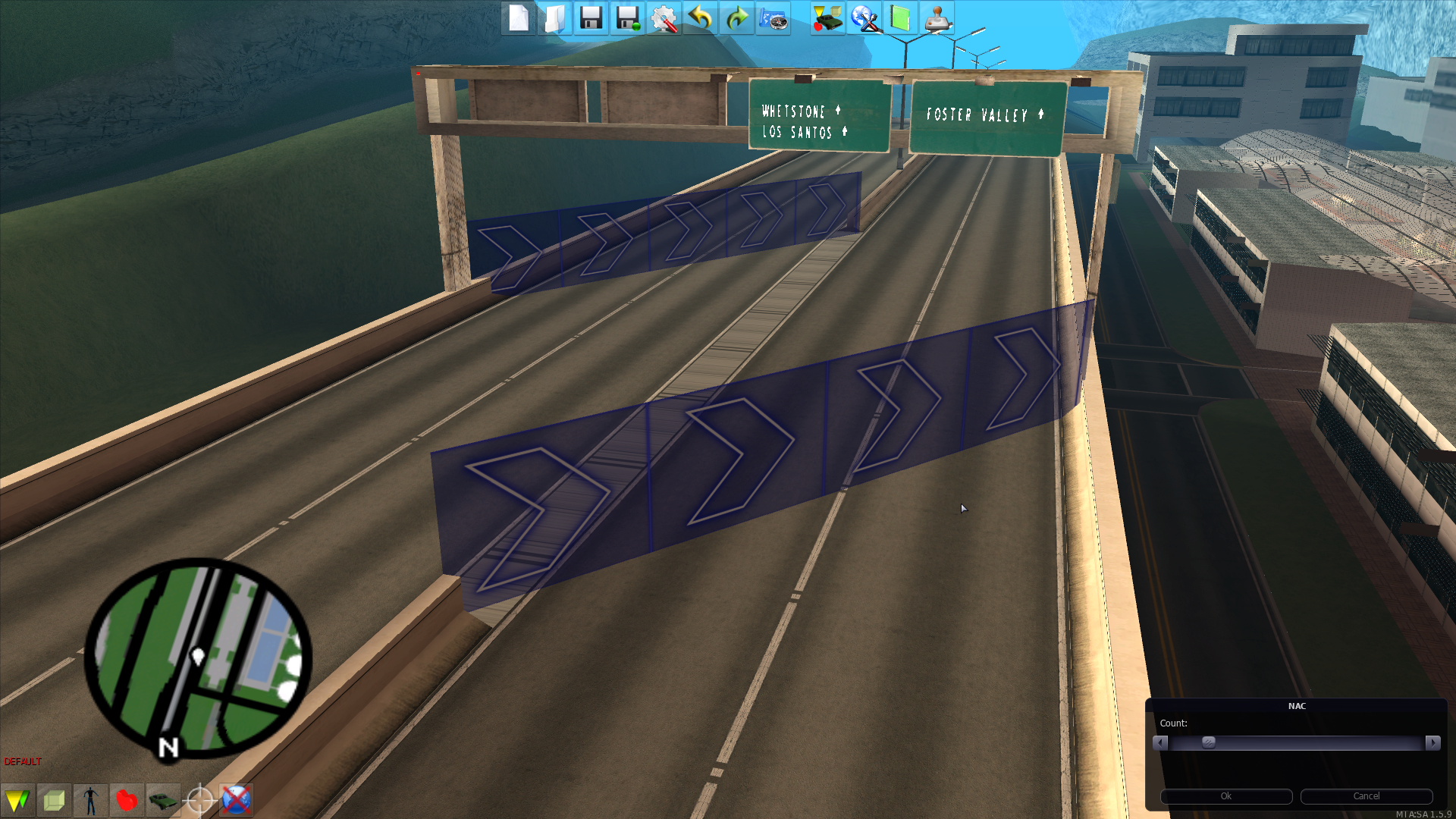 Other fixes I made based on what you said: 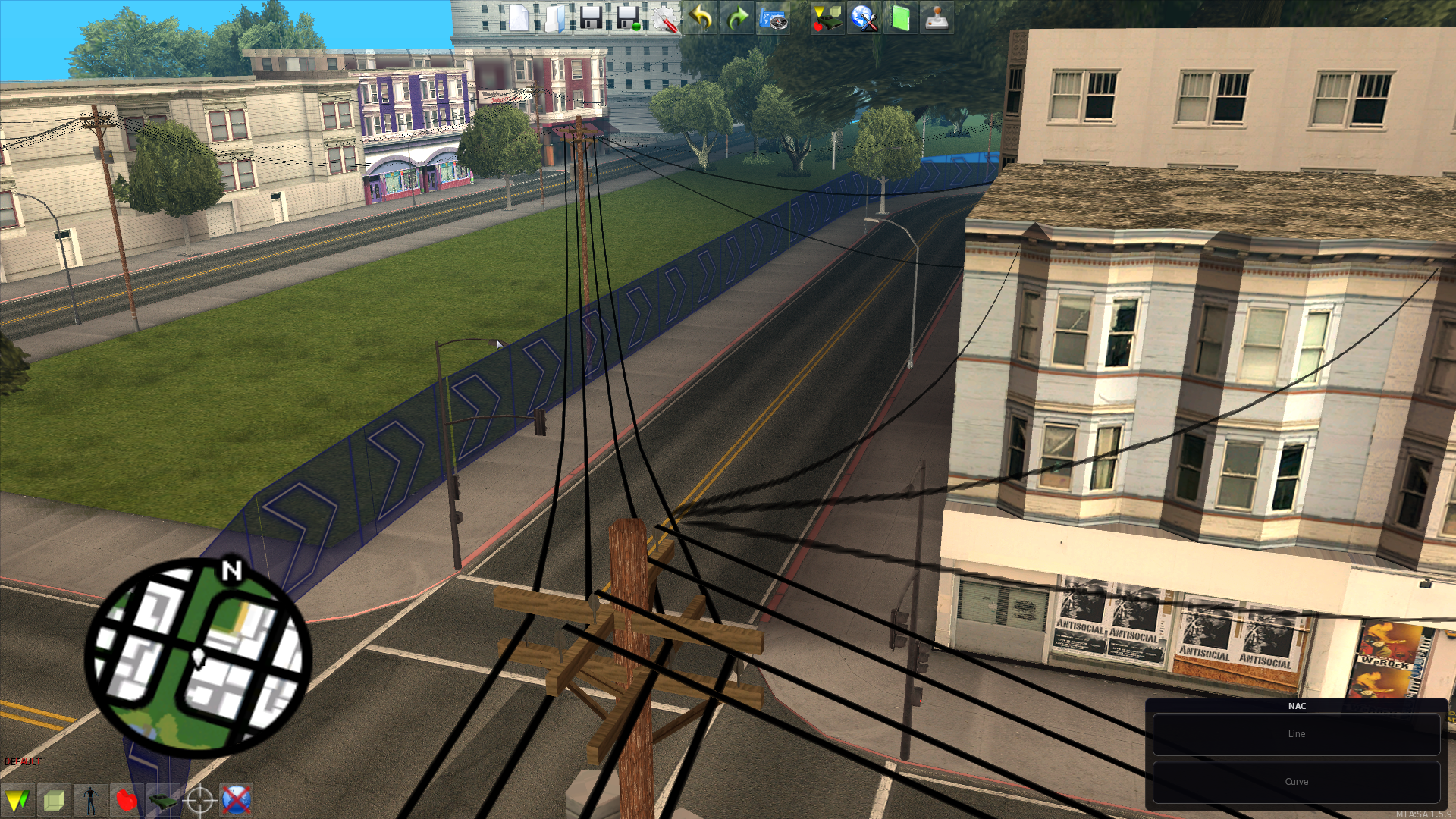 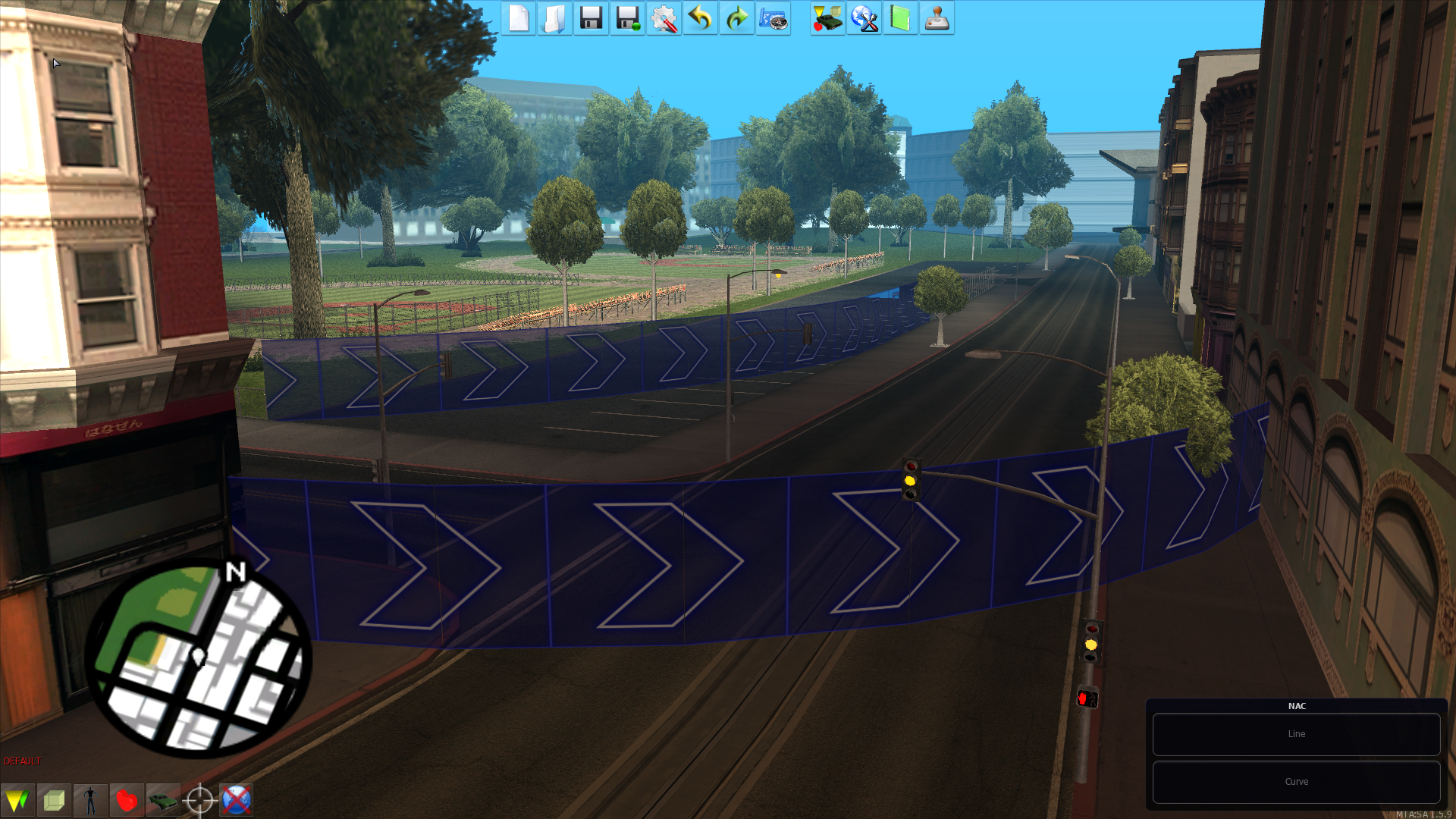 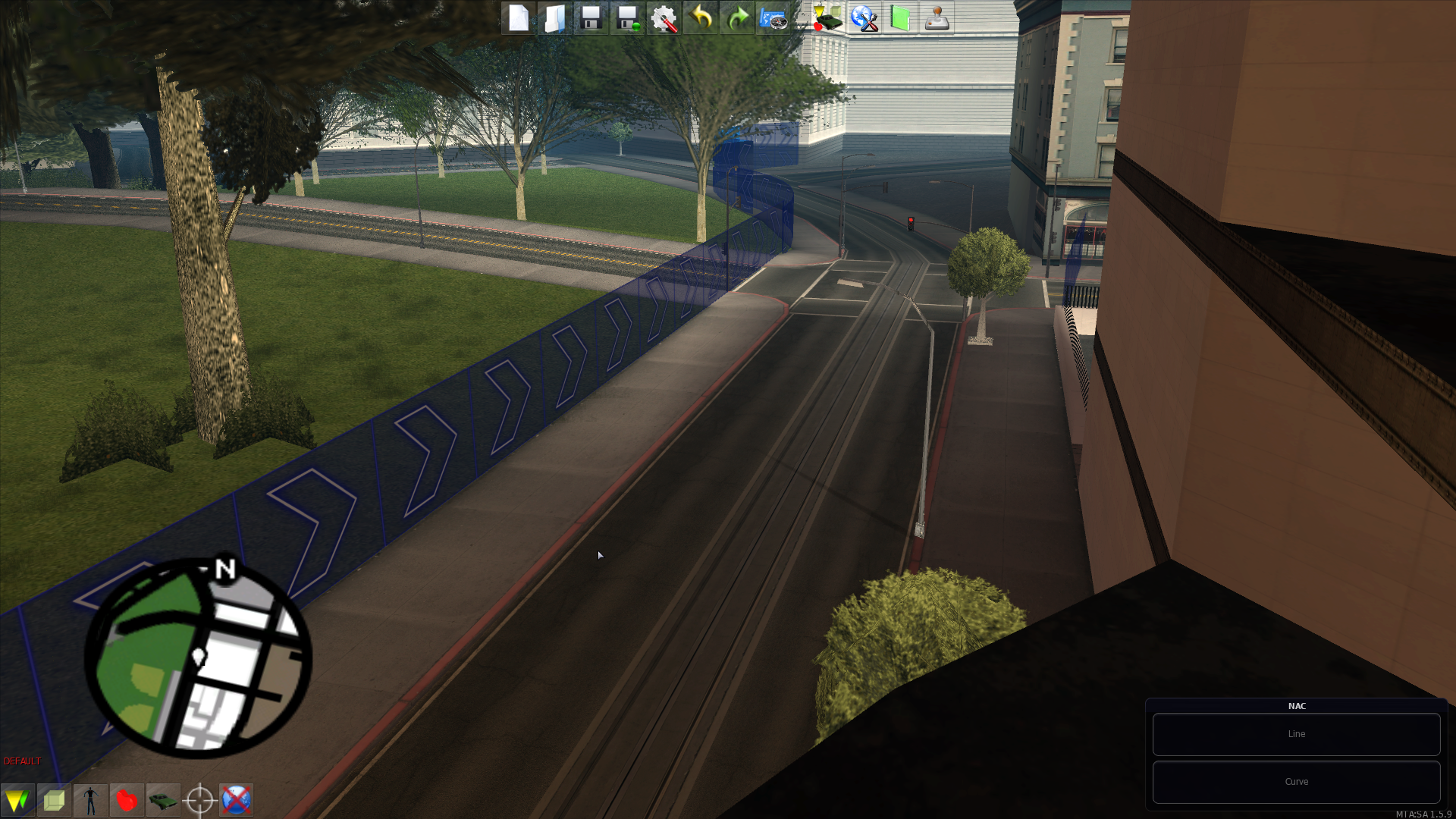 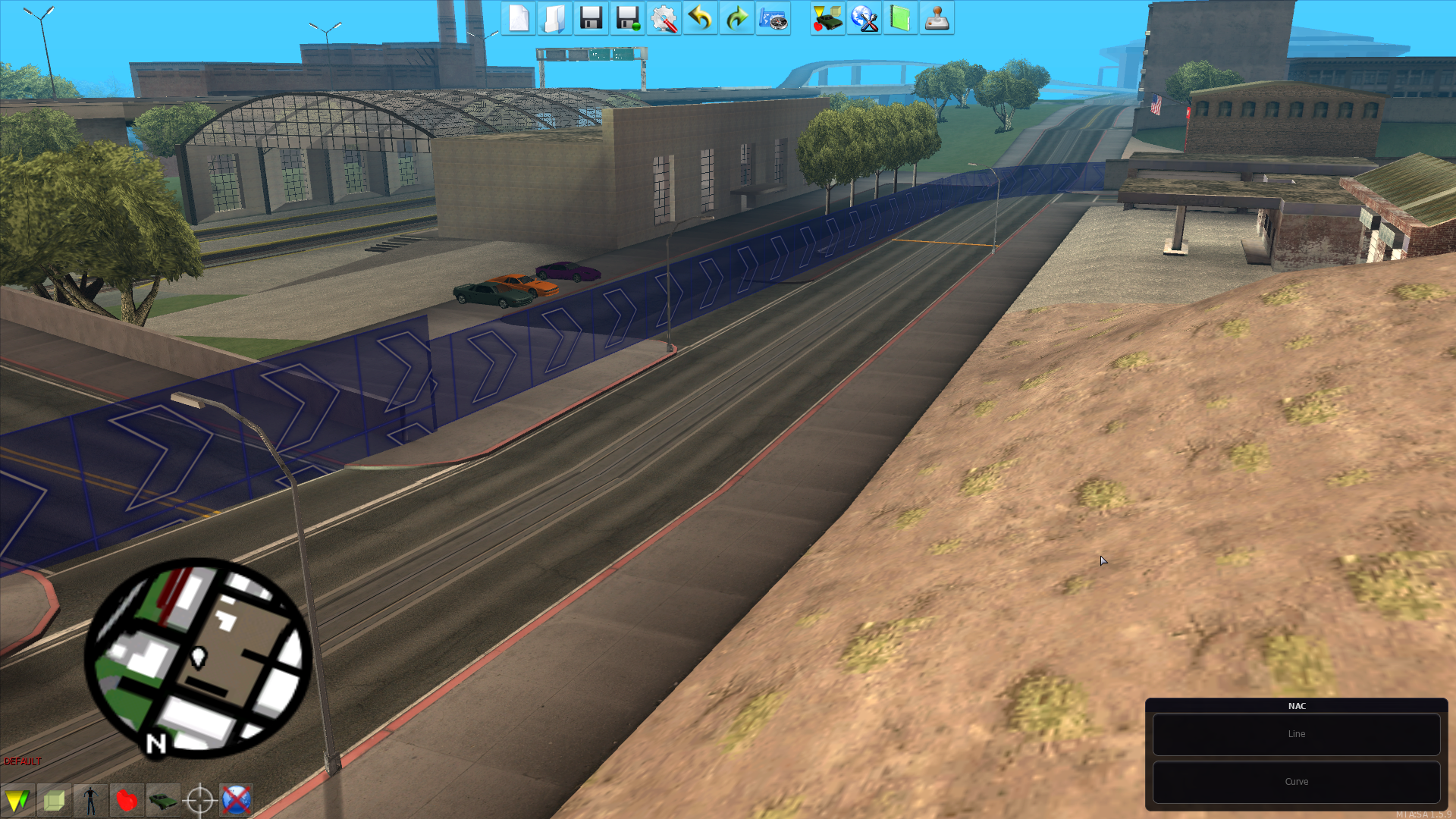 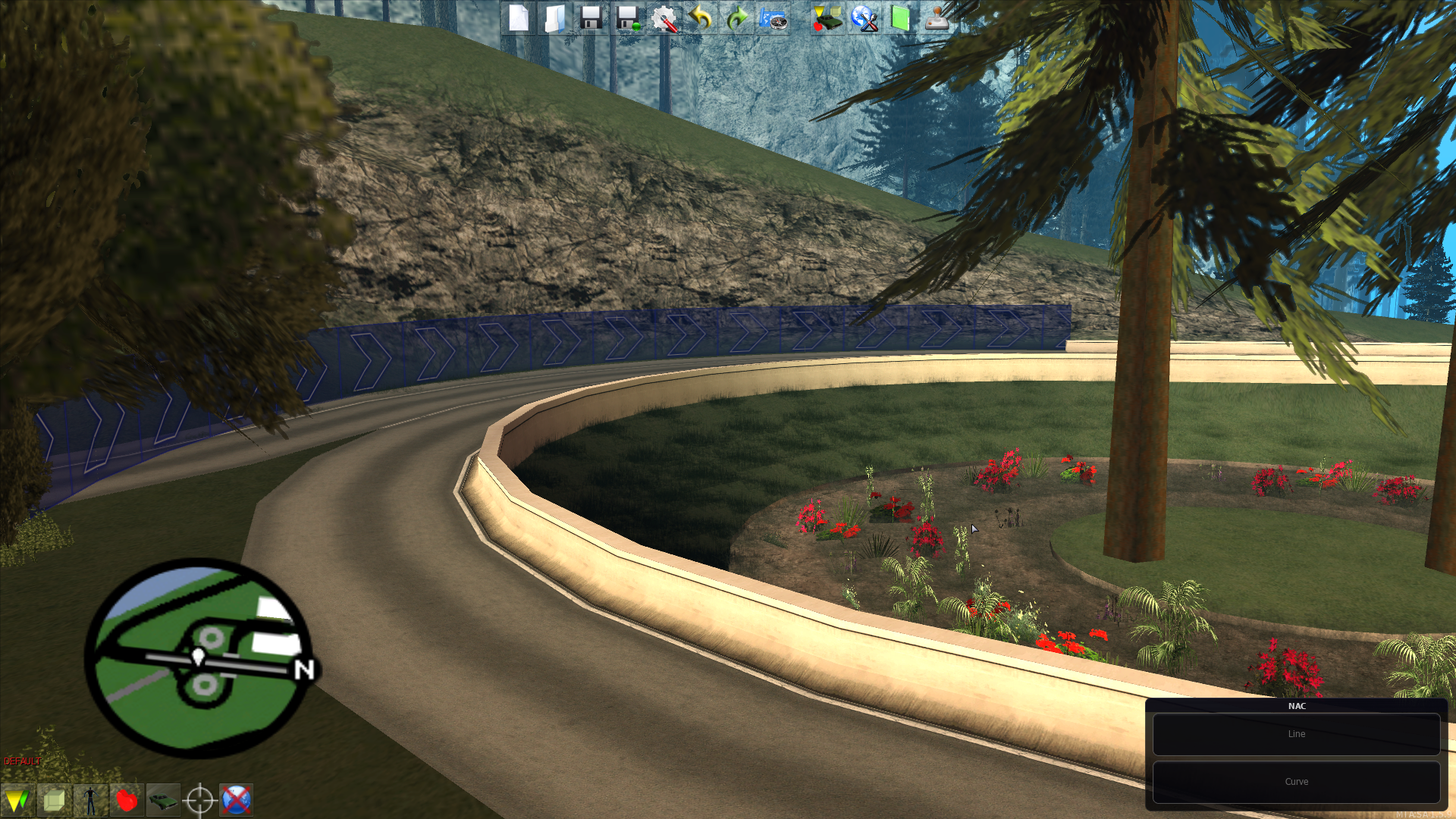 1.36 a arrow wall to show people turn to left would be great

1.45 same thing a arrow wall to show people where to go

1.57 left side needs an either road block or an arrow wall

2.03 right side needs some filling

2.37 right side needs and arrow wall to show road is not there

0.37 I am pretty sure you can find a more suitable barrier than this & the arrows on left are pretty much useless you can put another kind of barrier here to make it look normal: I put an armco barrier all the way down the middle of the road until the fork. 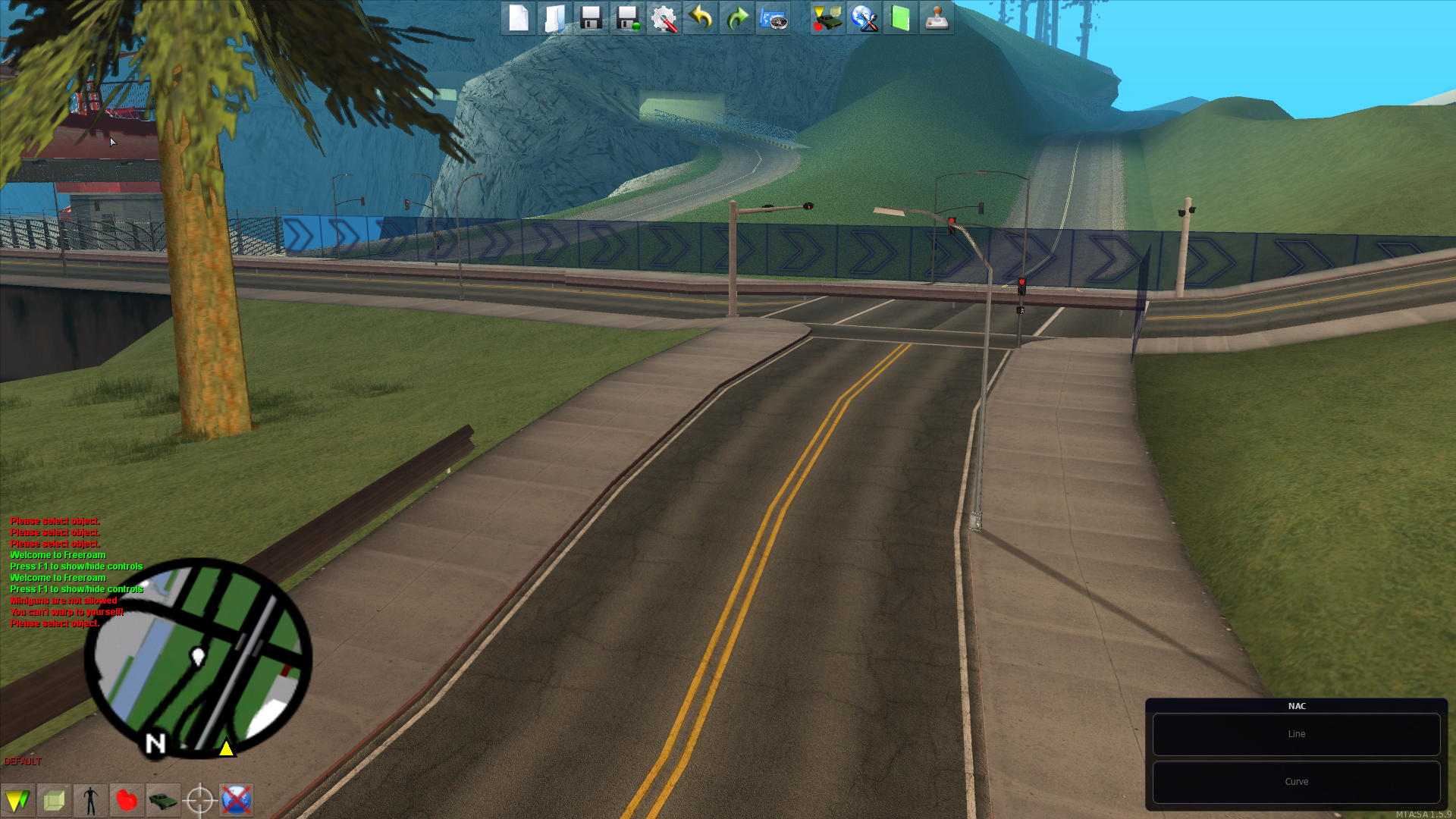 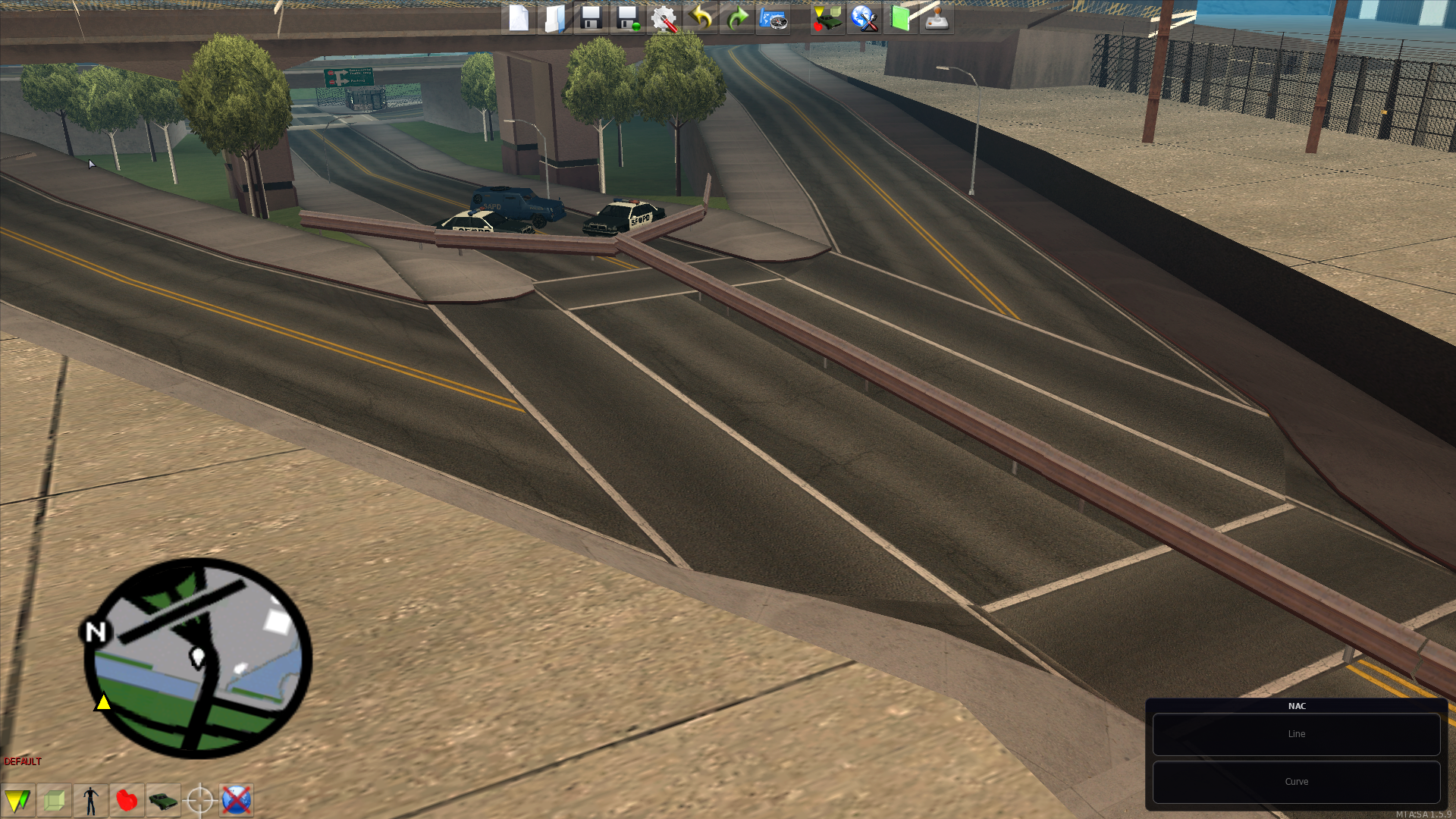 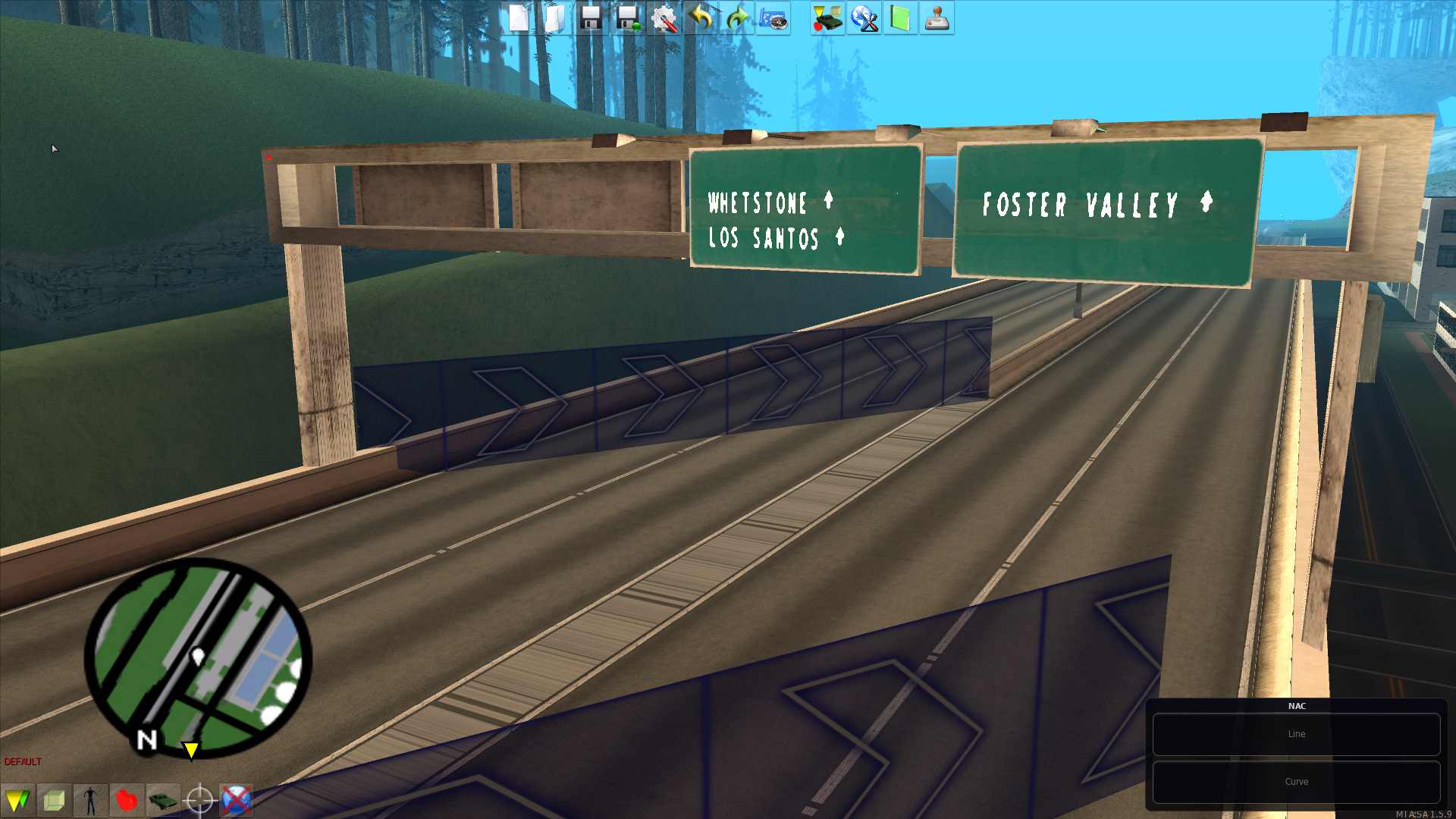 1.36 a arrow wall to show people turn to left would be great 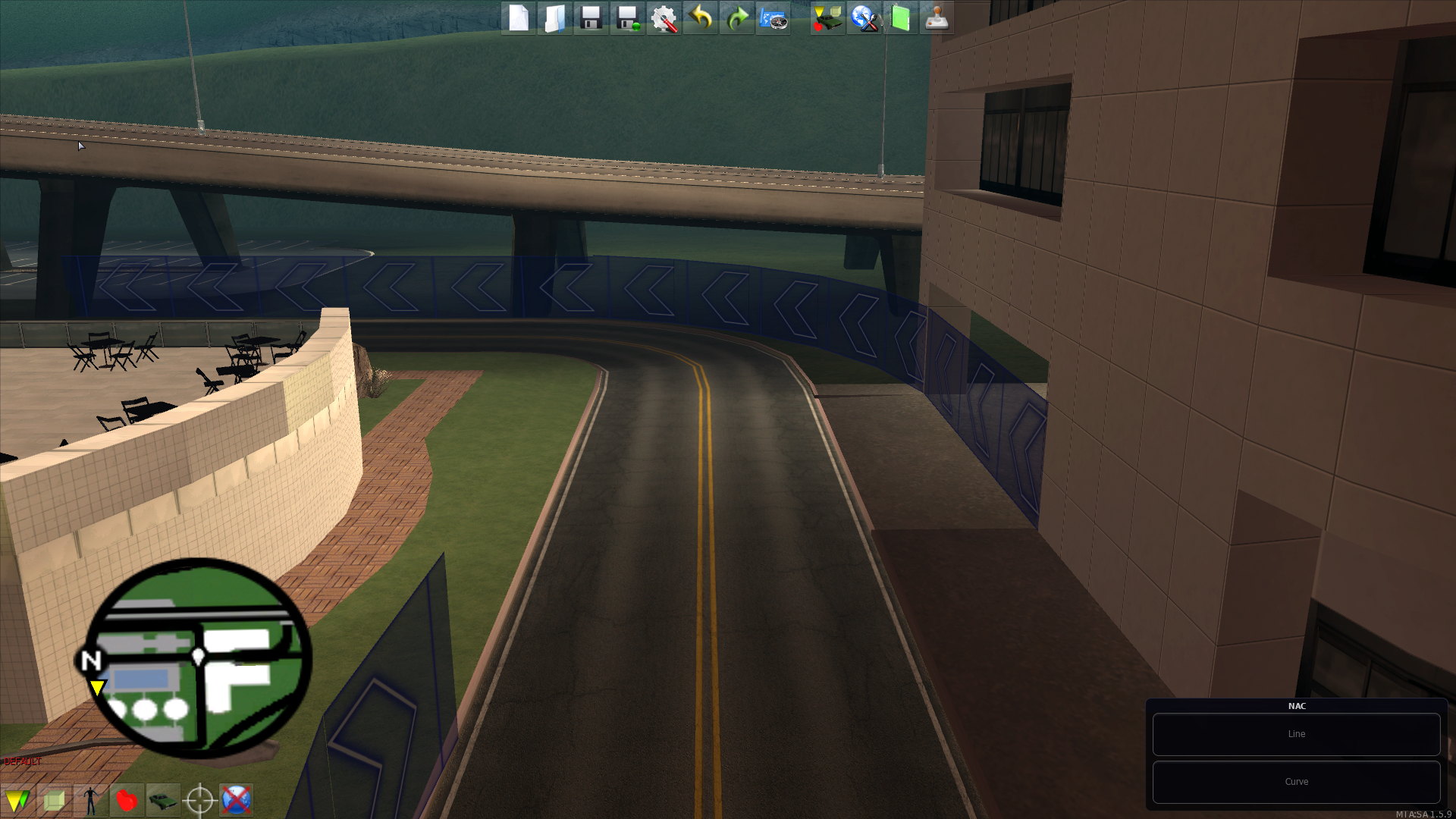 1.45 same thing a arrow wall to show people where to go 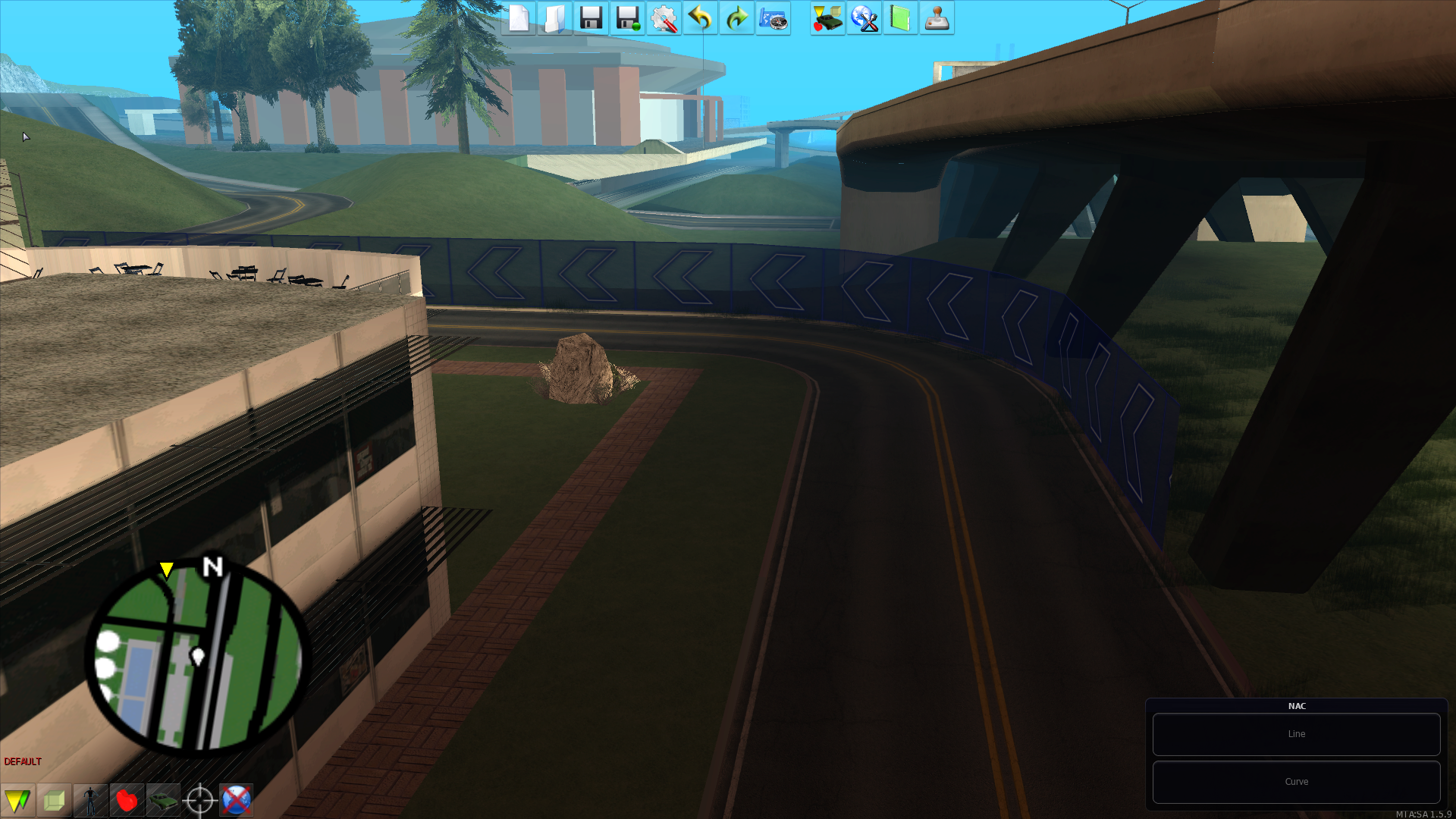 1.57 left side needs an either road block or an arrow wall 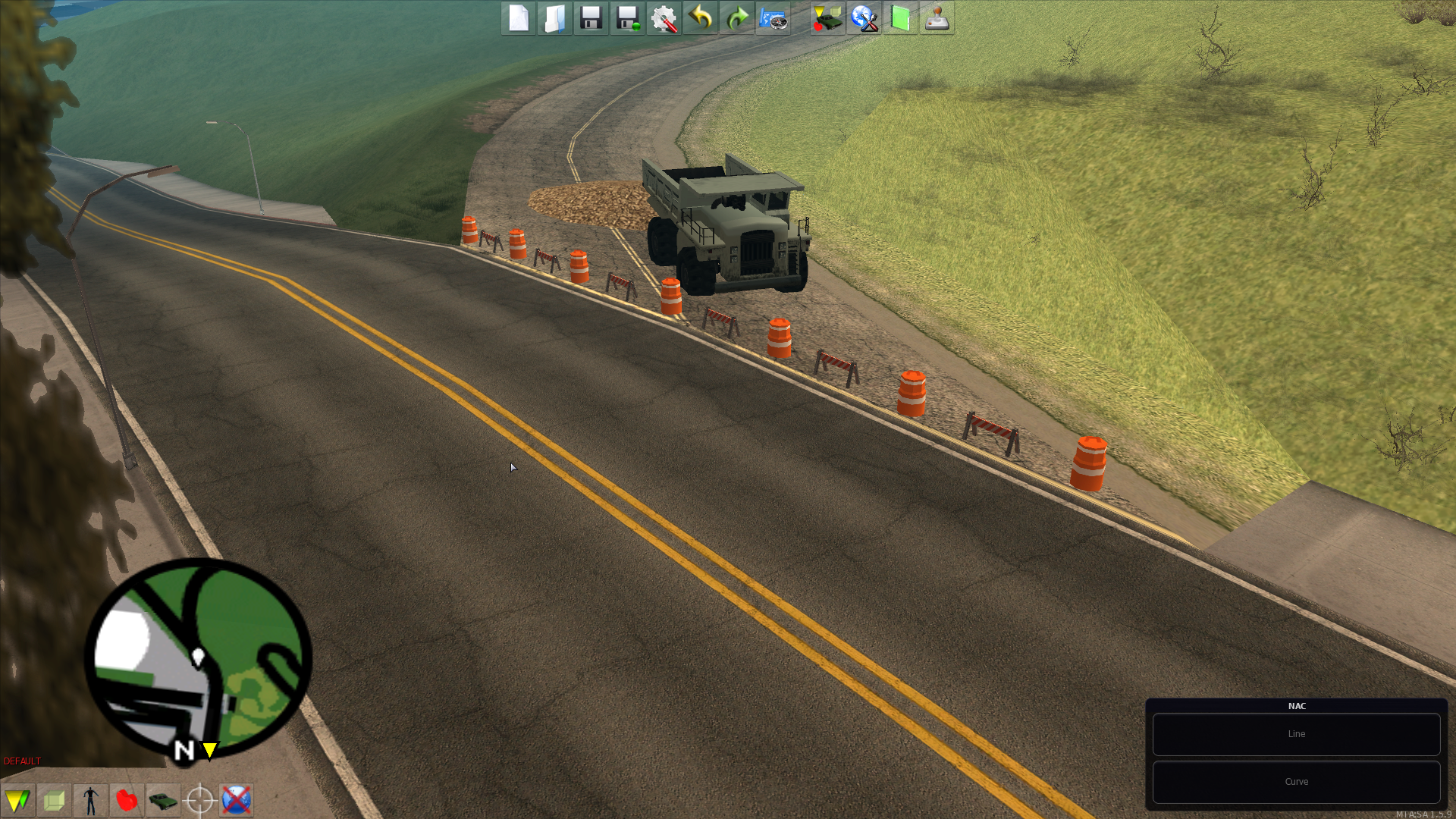 2.03 right side needs some filling 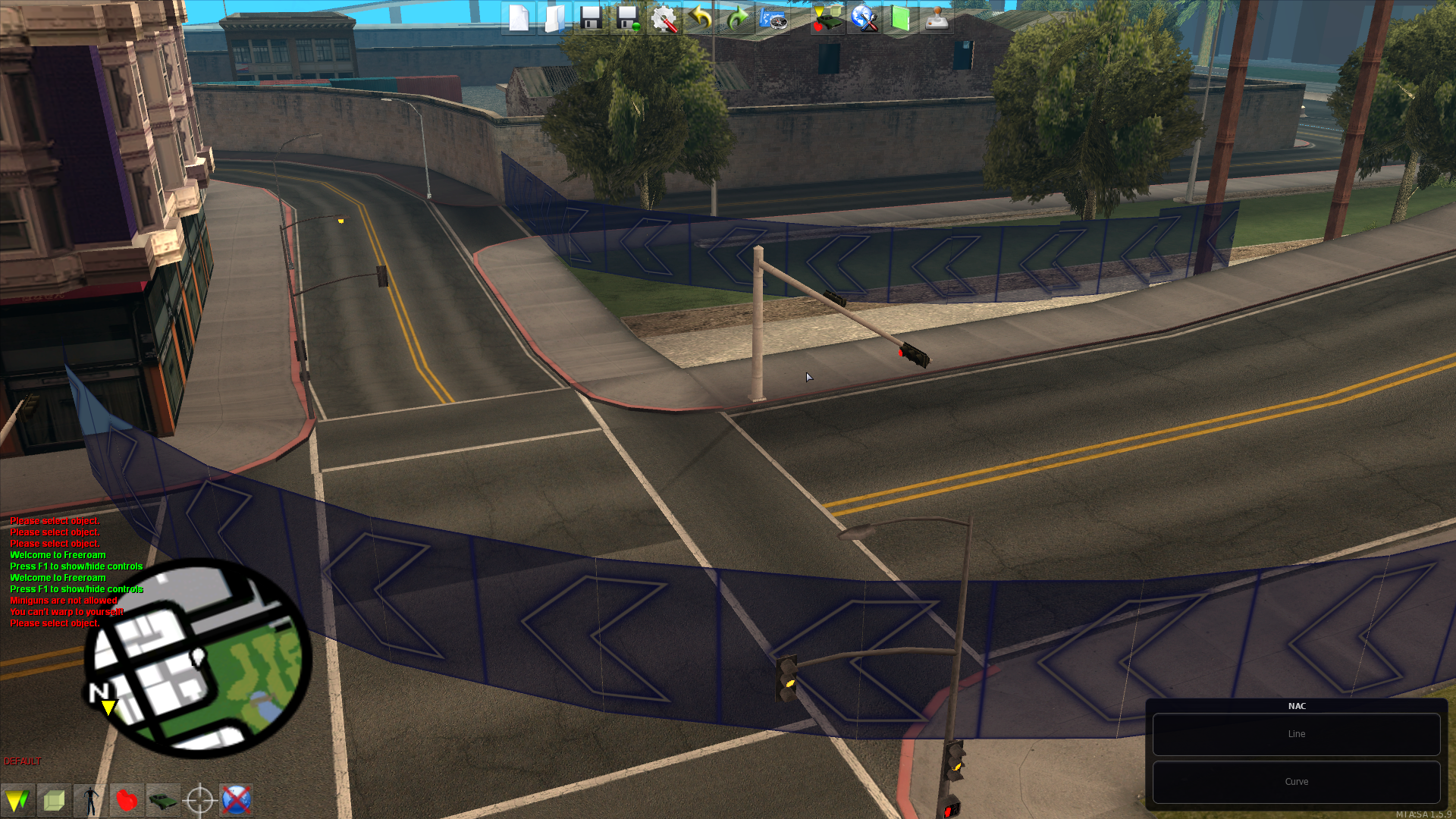 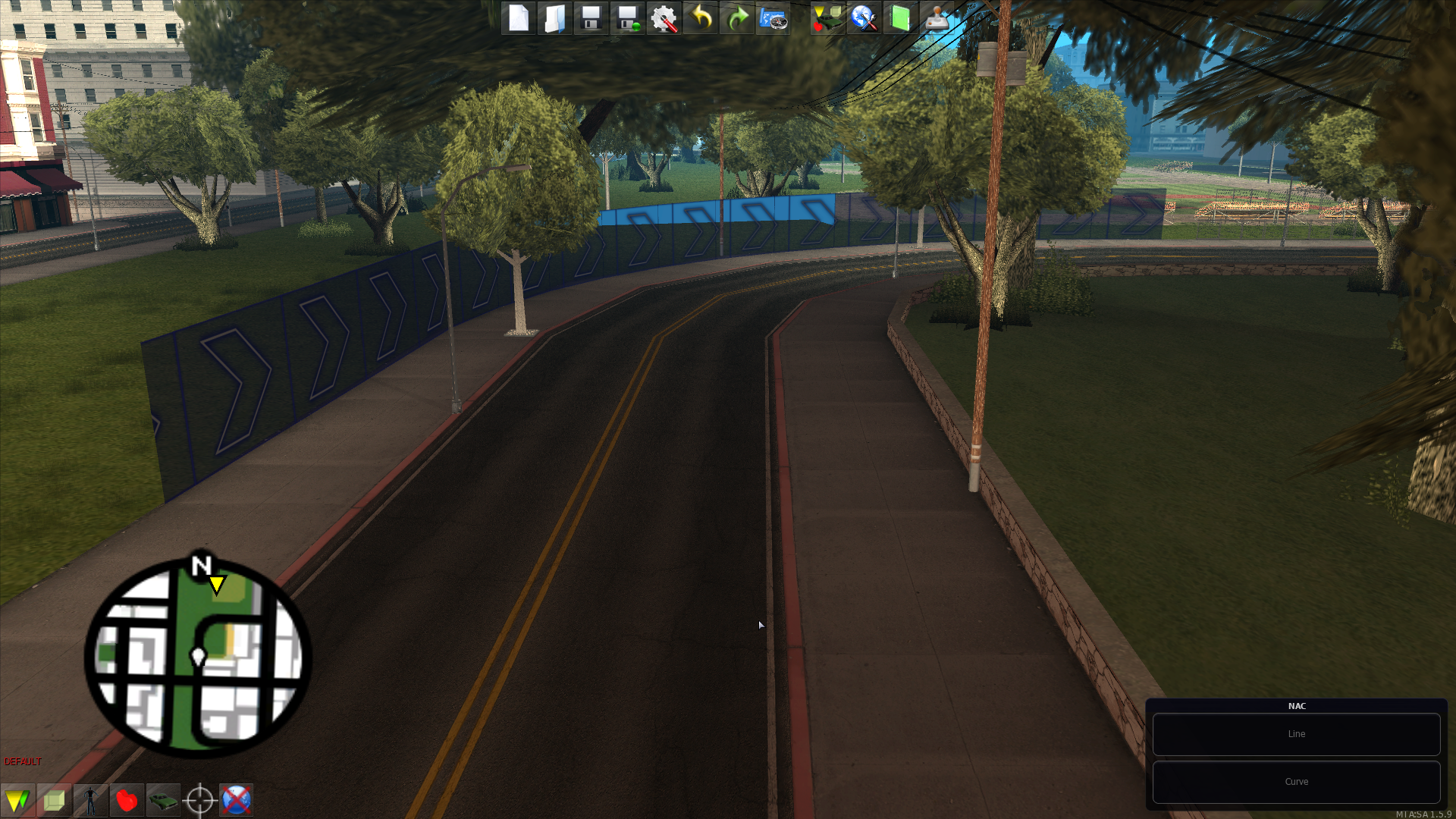 2.37 right side needs and arrow wall to show road is not there 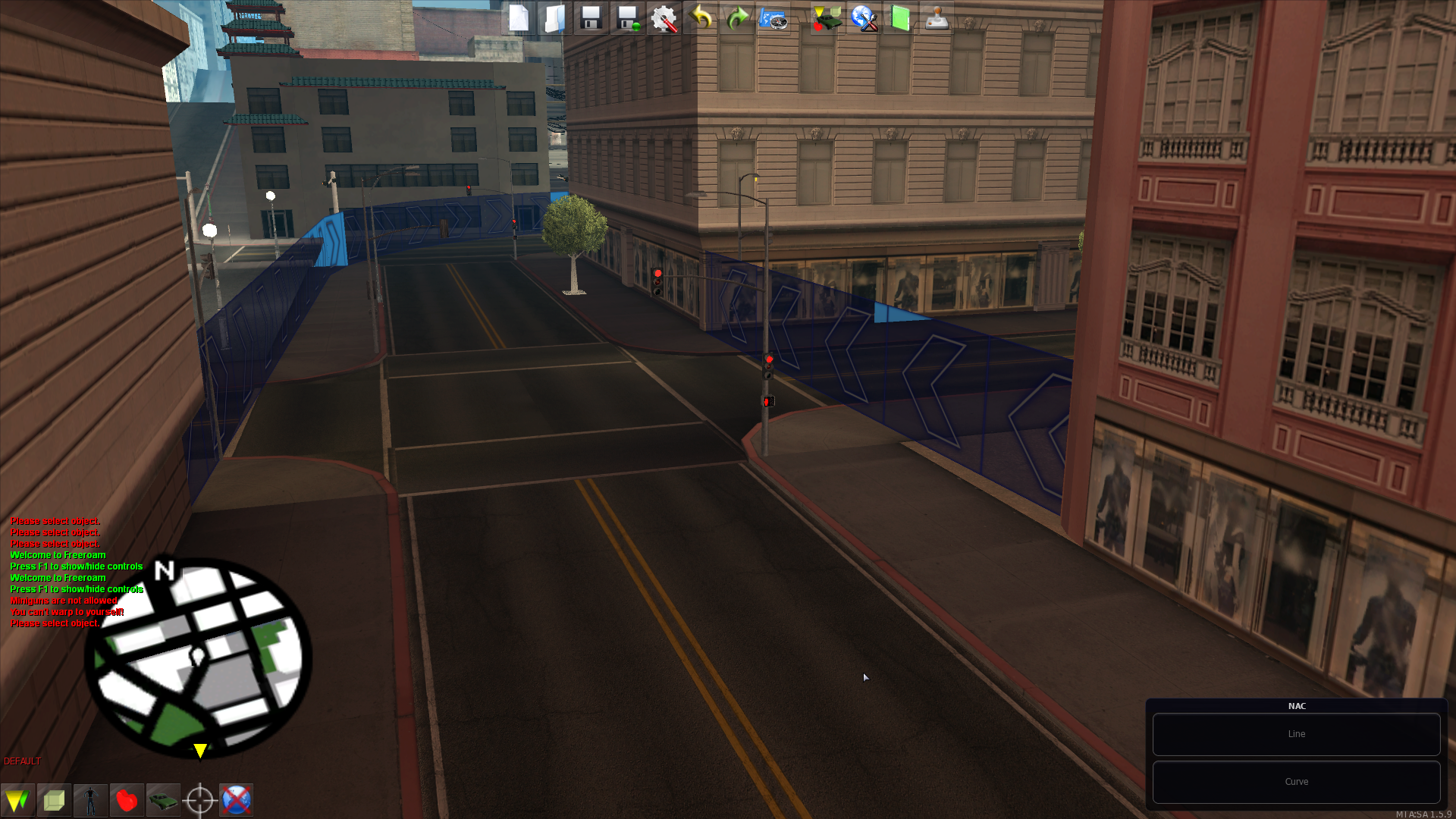 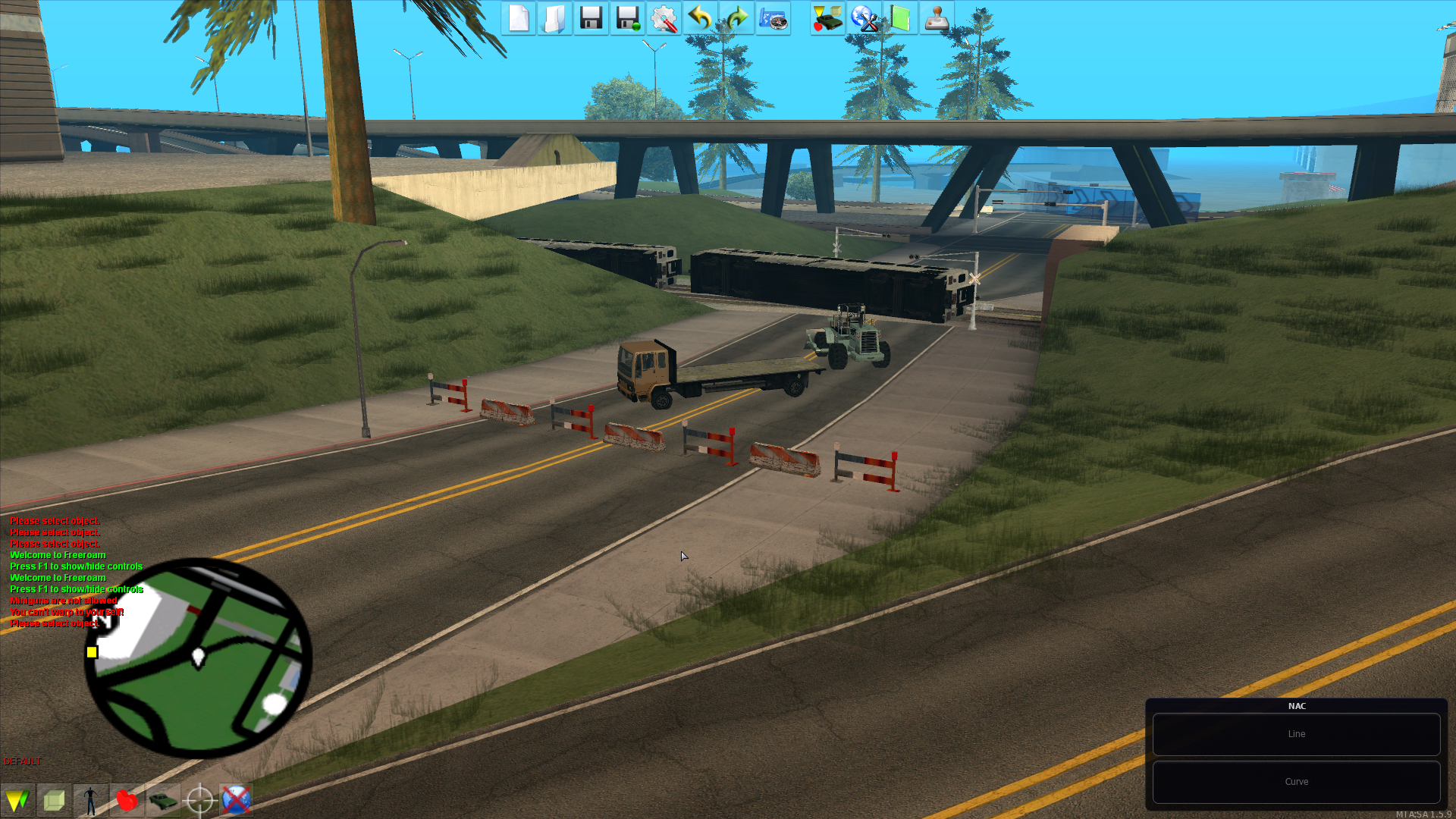 0.26 same thing this time both sides

0.57 a arrow wall or an barrier to show the way

2.28 a better version for roadblock is makeable 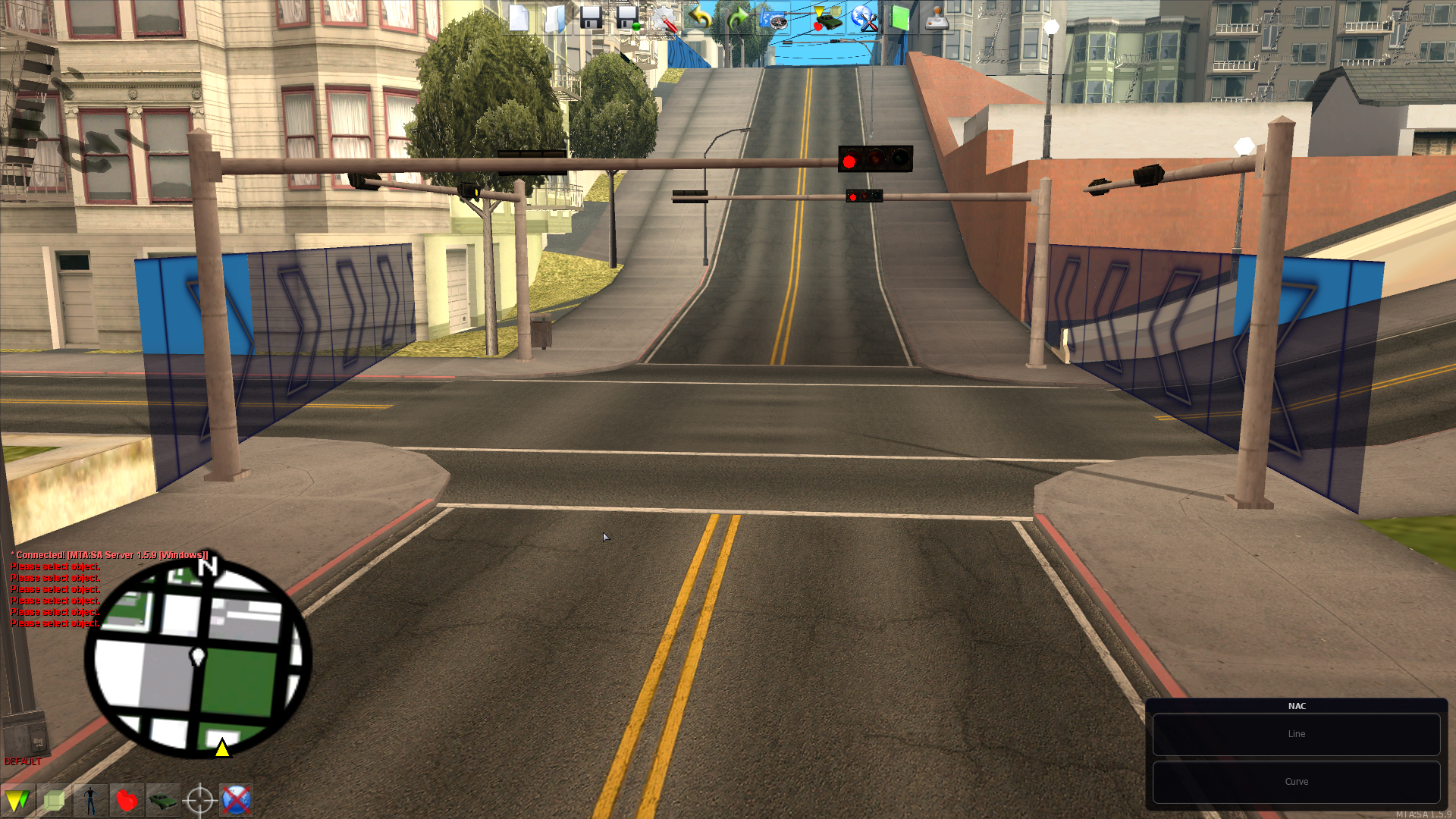 0.26 same thing this time both sides 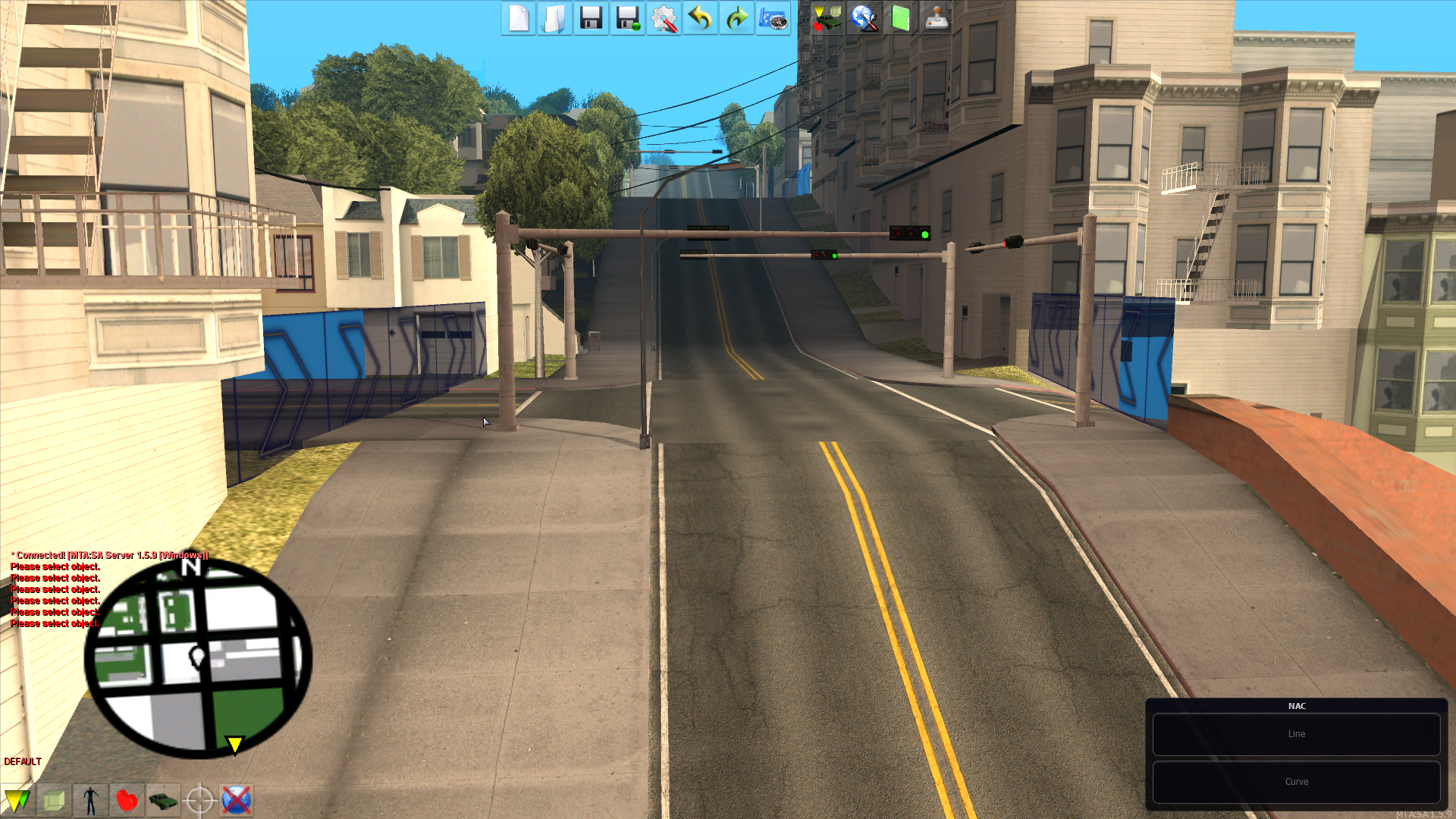 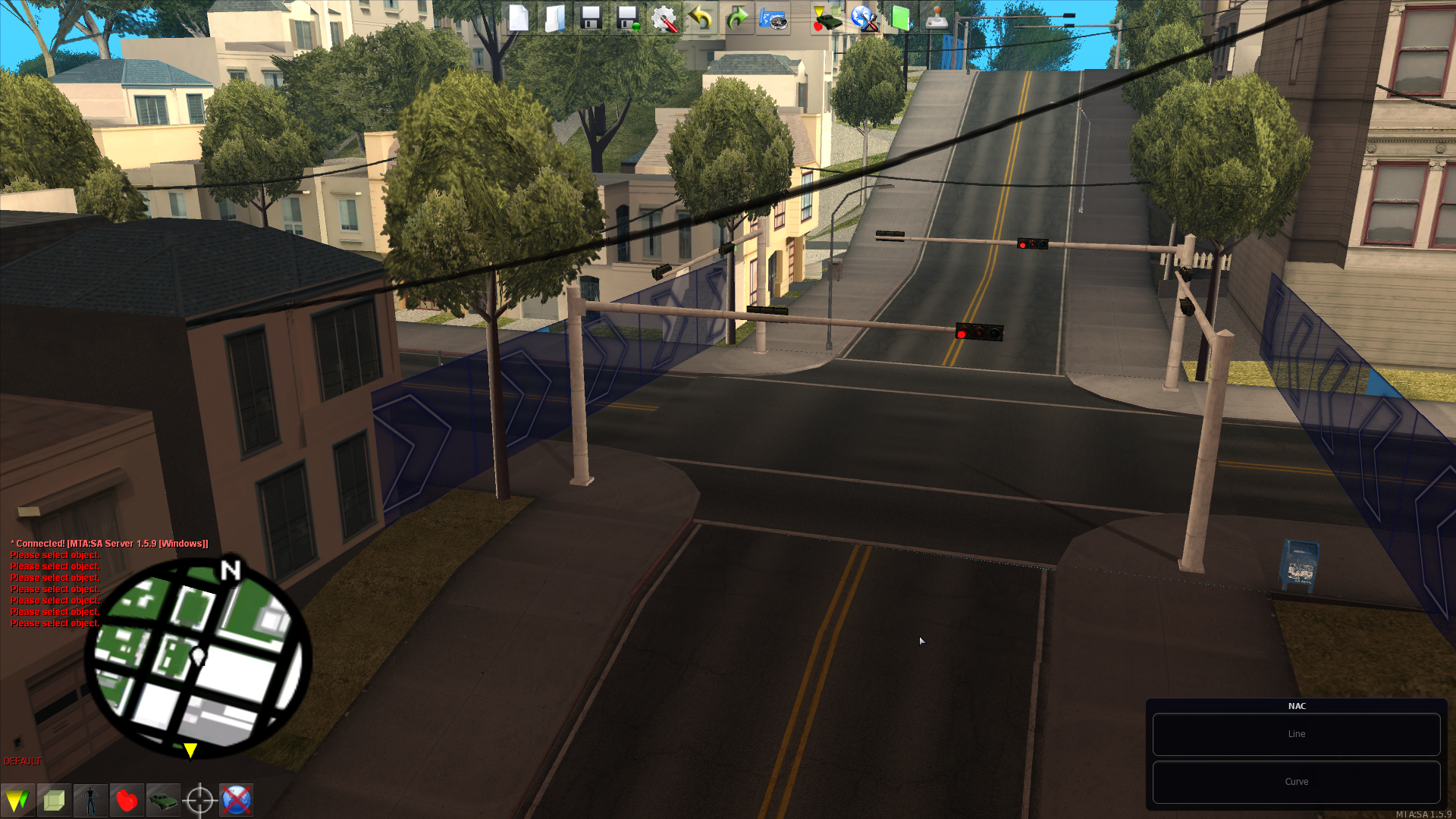 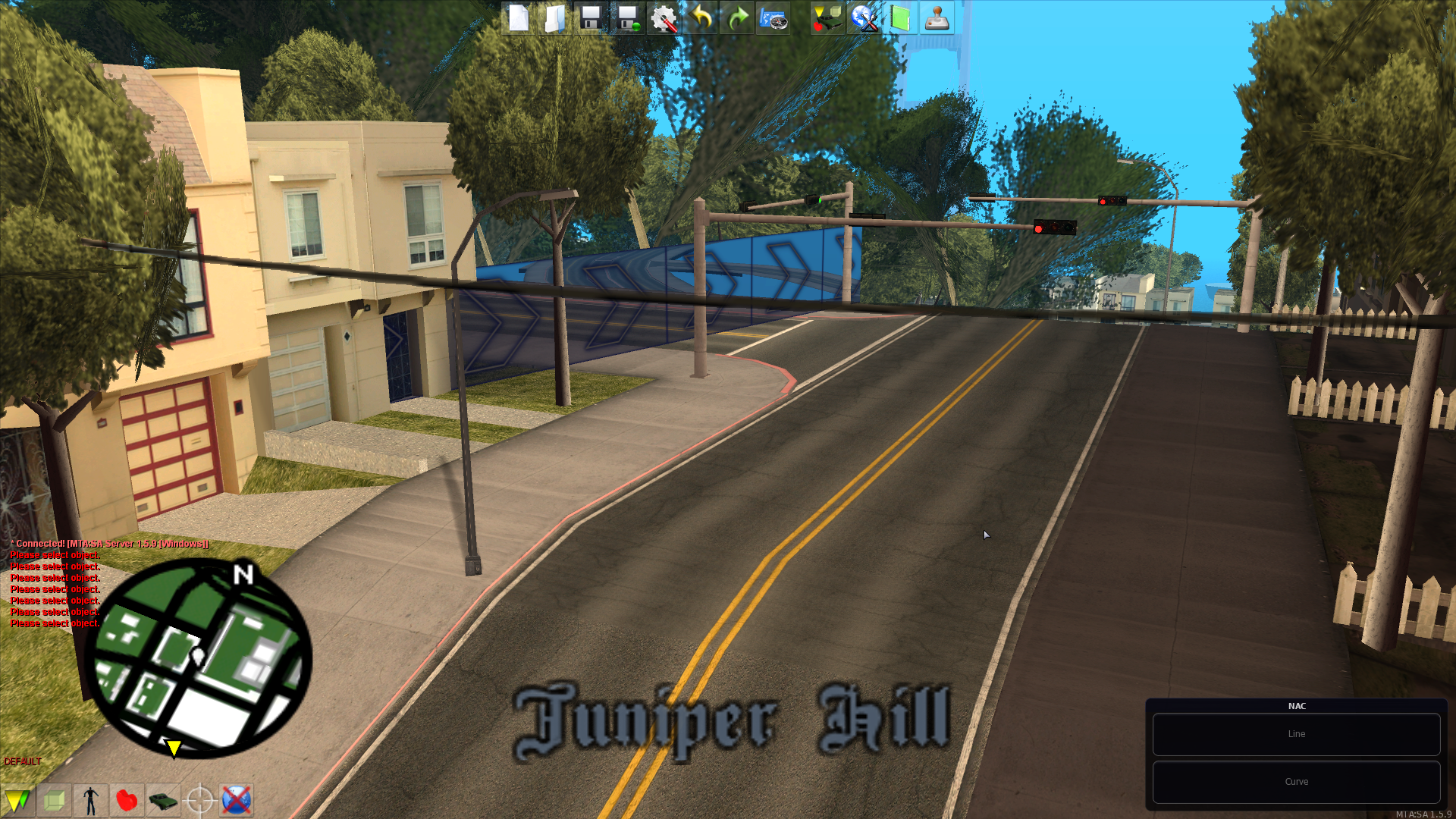 0.57 a arrow wall or an barrier to show the way 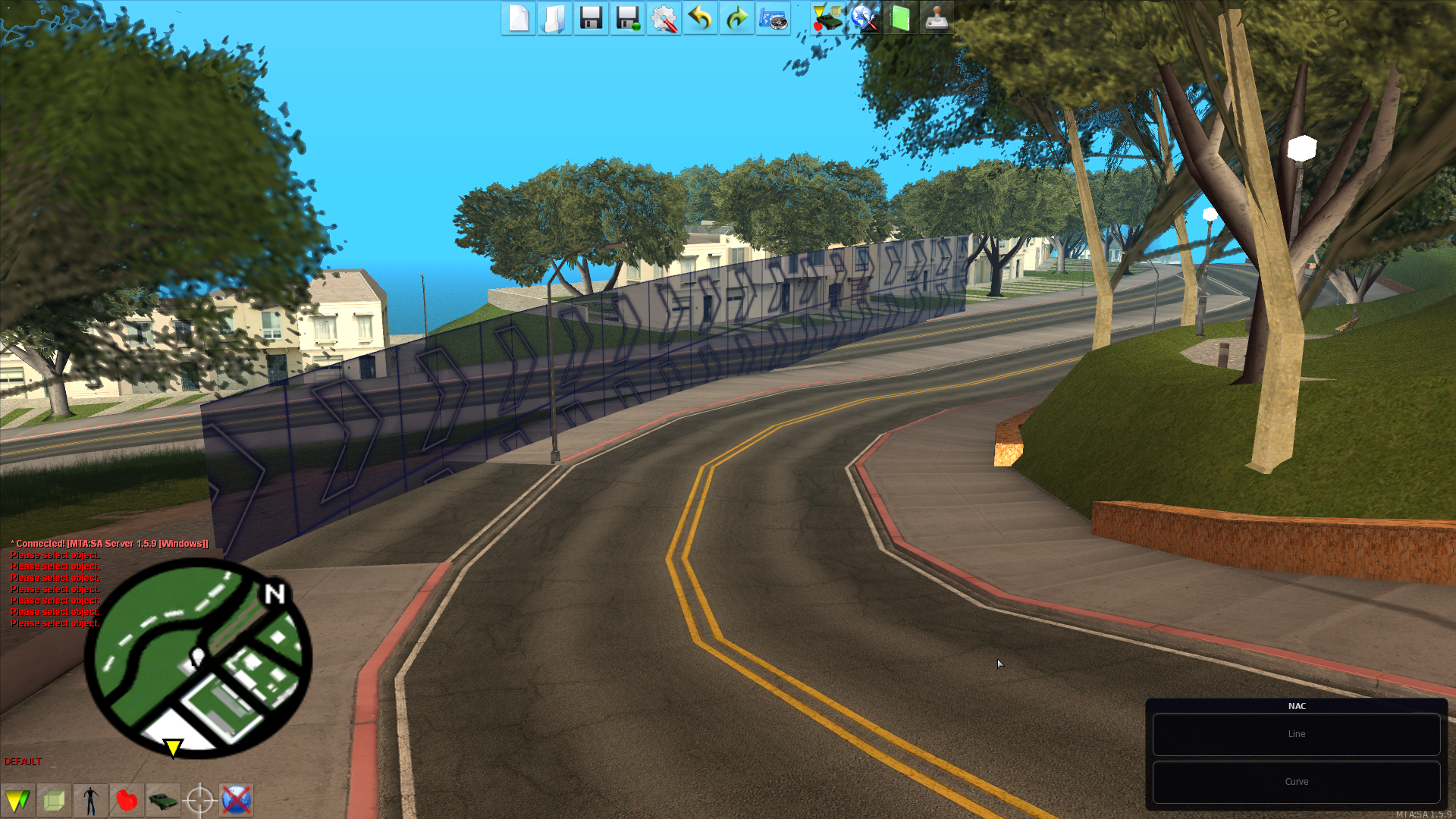 2.28 a better version for roadblock is makeable: Can you elaborate on this? For now I have just raised the current ones by 1 unit.

And one more fix here, added some arrows: 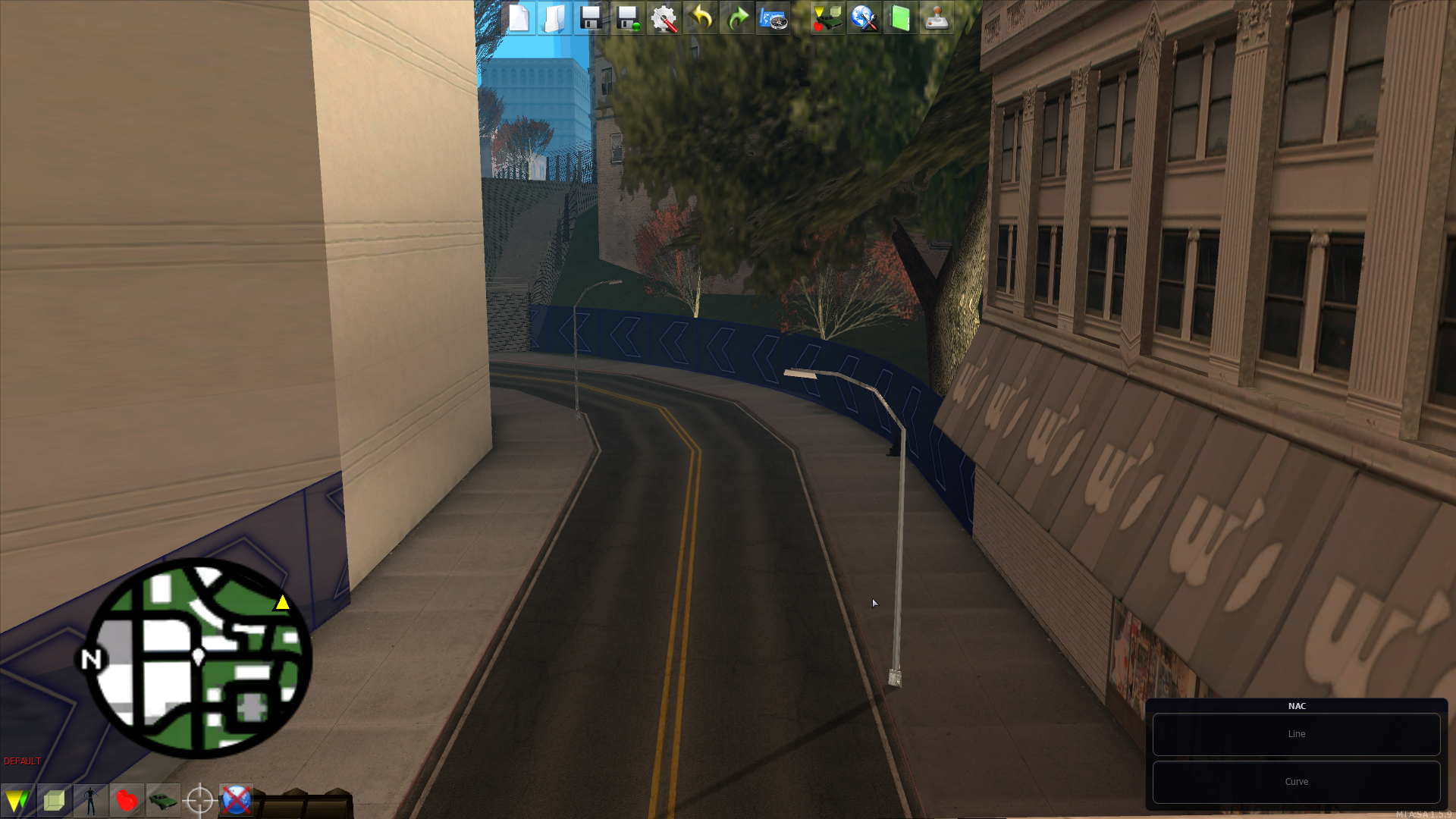 This is Shopping List, a sprint that starts at the car lot, makes a stop at the accessories shop, the paint shop, a safehouse, the tuning shop, and finally the parts shop. 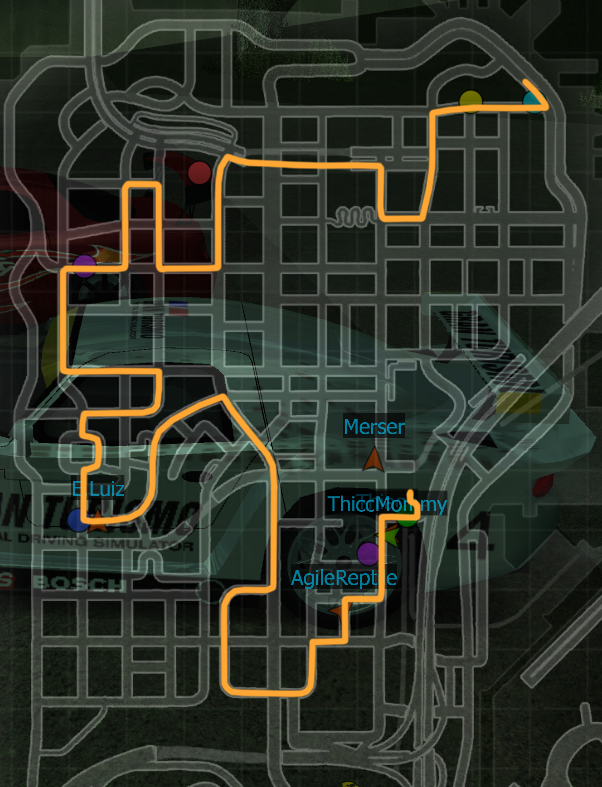 This is Dock to Dock; a sprint that starts at a small dock in northwest San Fierro and ends at a large dock in southeast San Fierro. 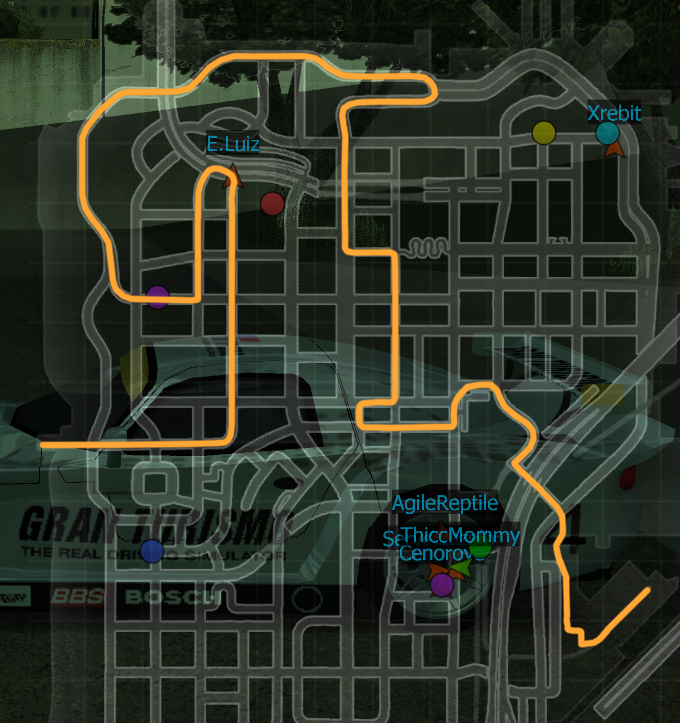 Working title of South San Fierro; former title Around The Block, but that name has been taken between the time this track was originally made and now. 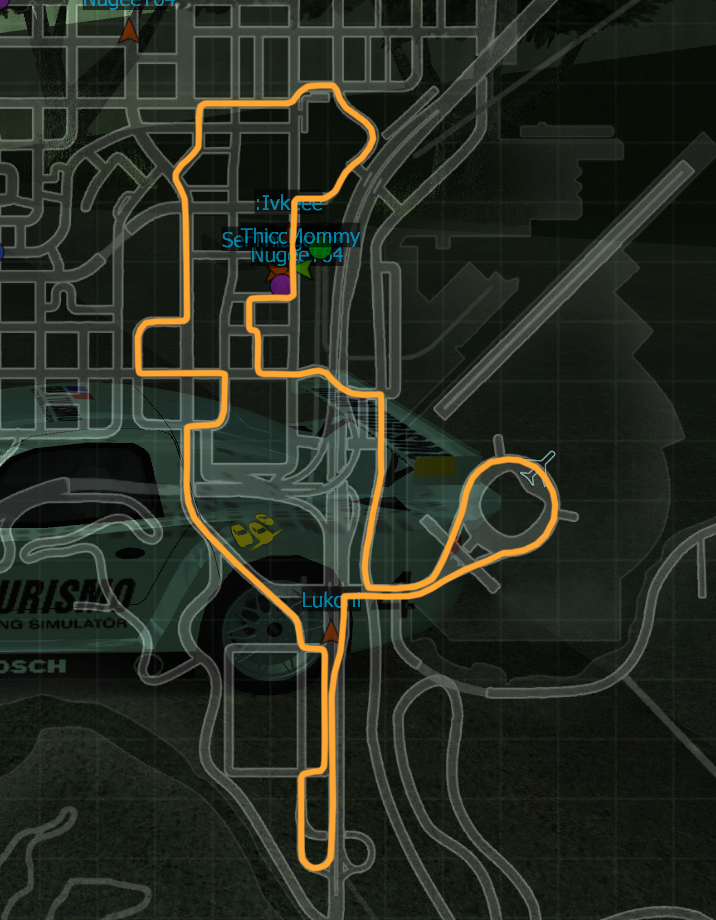 I'm putting together suggestions for a theoretical next major version update for the game:

Tutorial
- Explain to player the basics of the game through text boxes instead of F9 FAQs
- Explain how to join and host custom races, explain how speedtrap and drag work
- Give brief explanation on dyno and suggestions to start the player off

UI
- png or gif image of nfsu/u2 stylized window, with text overlaid instead of current format (Lorimer No. 2 Semibold)

Race Features
- Party system: start a party as host and start races after inviting enough players
- Series race system: add up to 10 races to run in series, one after the other
- Add endurance races or increase max race laps to 20-25
- Increase max players per race to 6, excluding drag
- Enable light flicking in race

Pursuit Features
- Add the option to disable the pursuit mode in its entirety
- Delete the special pursuit map and use the standard one instead
- Mark police spawns on the map like how you can see them in NFS: Carbon

Car Lot Features
-  Test drive any car before you buy it at Bayview Speedway, just like you can in the Performance Shop to test dynos

Body Shop Features
- Implement Shopping Cart featured in thread here ( https://www.nfssa.com/thread-11291.html? ) to see the appearance of your completed customization before you purchase it

Performance Shop Features
- Add the ability to assign specific parts to a dyno, making it possible to have 400, 450, and unlimited all on the same car for example

Gameplay Features
- Allow to jump to any garage instead of, or in addition to current airport fast travel system
- Add RP milestone achievements and reward player with cash and/or points
- Add Diamond Hunt toptimes
- Change drift toptimes to score based instead of combo based
- Add more exchange options in point exchange menu (i.e. click the desired currency, points or cash, and have fair conversion rates for all)
- Move police spawn near SF Paint Shop somewhere else

This list is a work in progress as I am still throwing ideas around.

This list is a work-in-progress. Feel free to contribute or correct me.